VAHA’s Porto Hub participant Paulo Moreira from INSTITUTO travelled to Manchester, Birmingham and London with the support of VAHA’s Learning & Mobility Grant.* In this story, Paulo shares his observations about the cultural and academic scenes in three UK cities.

I recently spent one week visiting Manchester, Birmingham and London (26 February - 5 March 2022). Having completed my MA and PhD in London (2008-11), I have strong connections with the UK. My trip allowed me to reinforce my academic and professional ties, as well as nurturing my knowledge of art and contemporary culture.

The weather in Manchester was beautiful – everyone was saying that it had been awful until the day before I arrived. I enjoyed walking around the city centre and joining a Ukrainian solidarity demonstration at Piccadilly Gardens, just days after the Russian invasion began. I then visited the exhibition ‘Migration: a human story’ at the People’s History Museum. The exhibition acknowledges that the UK’s history is one of constant inward and outward migration and that the recent refugee crisis is not a new phenomenon. The exhibition consisted of a series of artworks distributed around the museum’s main galleries. I was particularly moved by a memorial wall dedicated to Jo Cox, the British Labour Party Member of Parliament (MP) who supported migrant communities in the UK and died in 2016 after being shot and stabbed multiple times. The memorial took the form of a wall on which hundreds of people had left written tributes expressing their condolences and sympathies. I also visited Whitworth Art Gallery just days after scandal erupted at this university-run institution – director Alistair Hudson was reportedly asked to leave after exhibiting a statement of solidarity with Palestine issued by Forensic Architecture, a human rights collective led by Eyal Weizman. The main exhibition was Suzanne Lacy’s ‘What kind of city? A manual for social change’. Lacy (b.1945, California) is a social practice pioneer who has spent the last five decades developing collaborative projects that blur the boundaries between art and political activism. The exhibition was both powerful and inspiring. 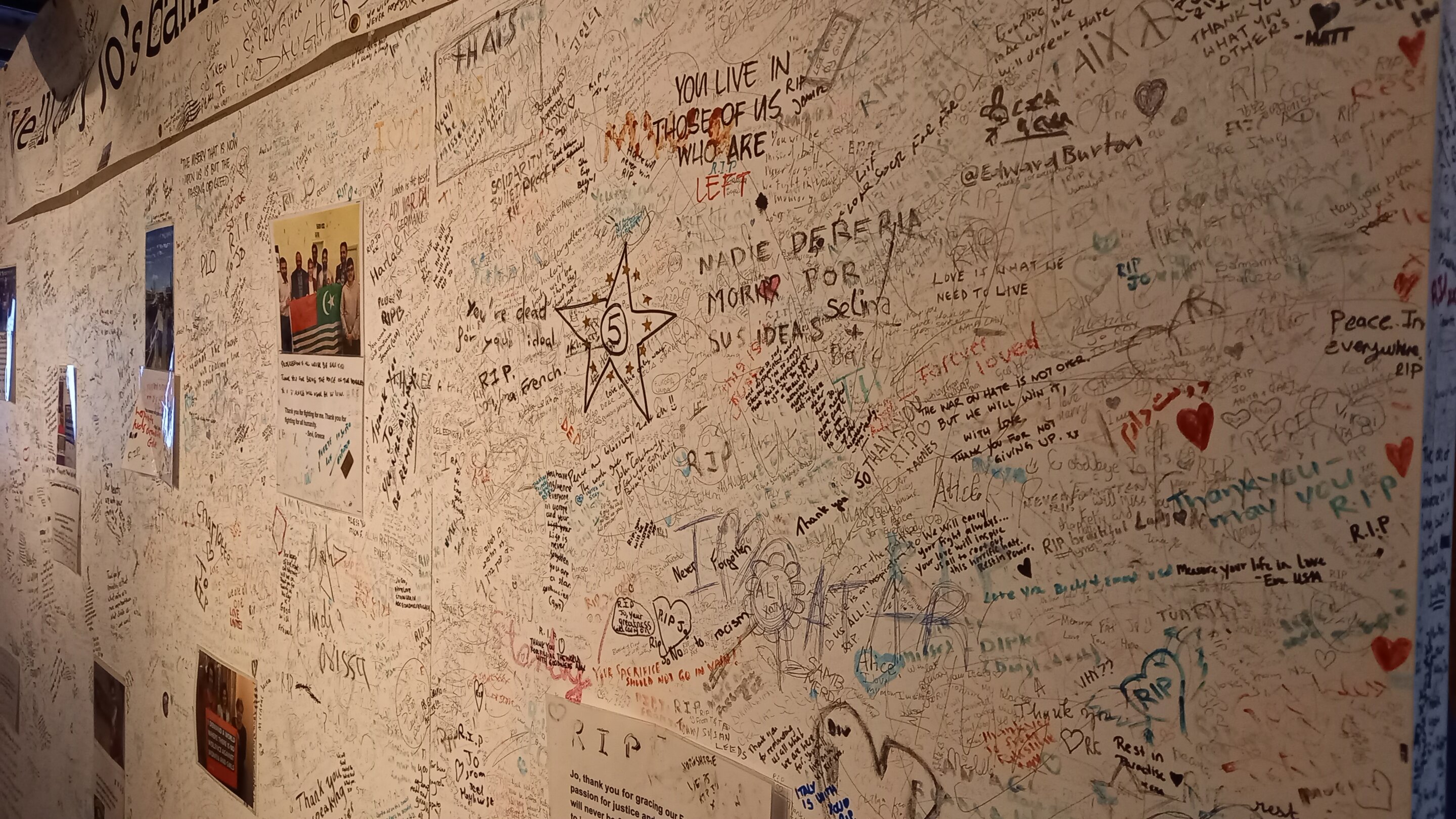 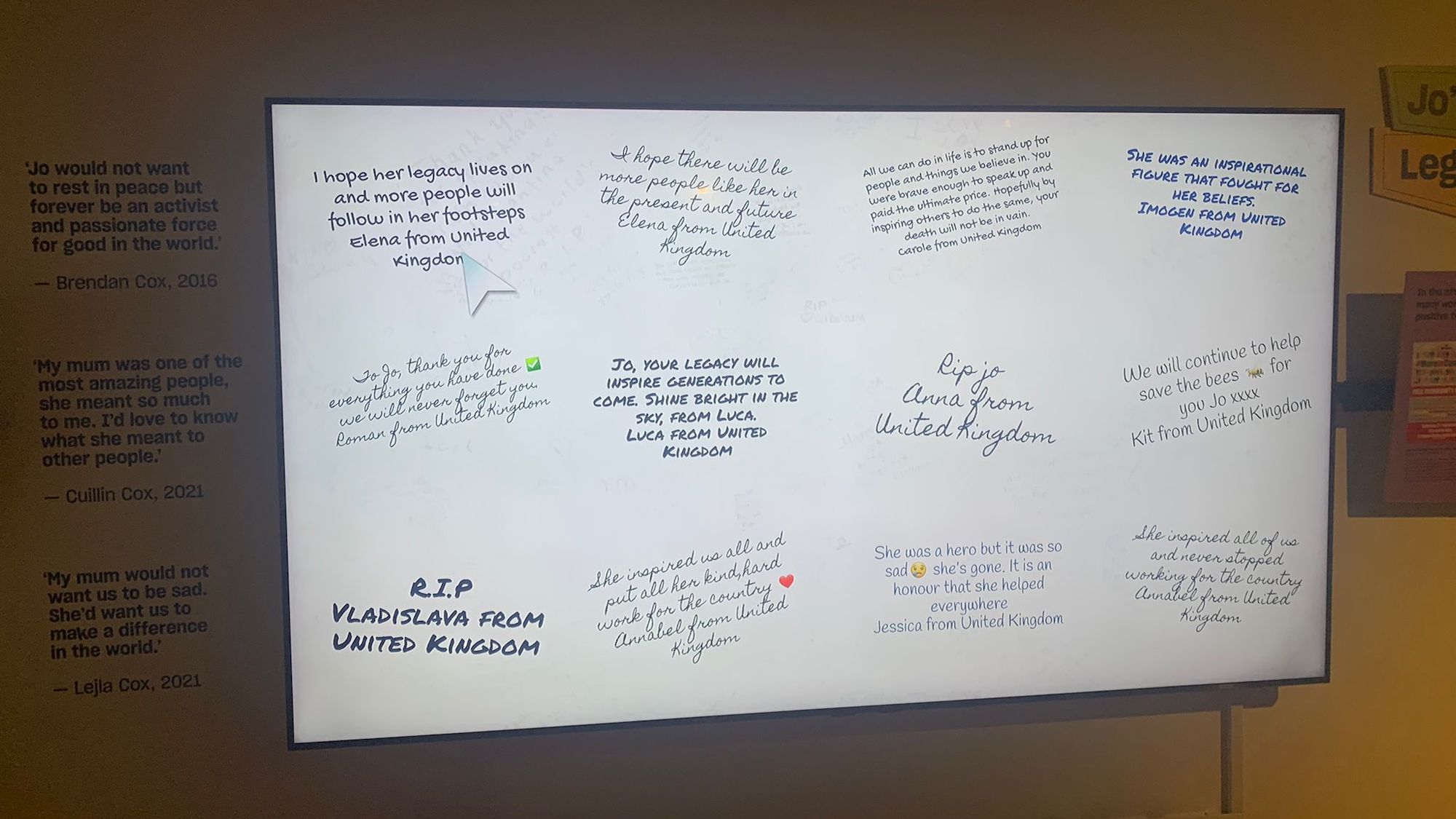 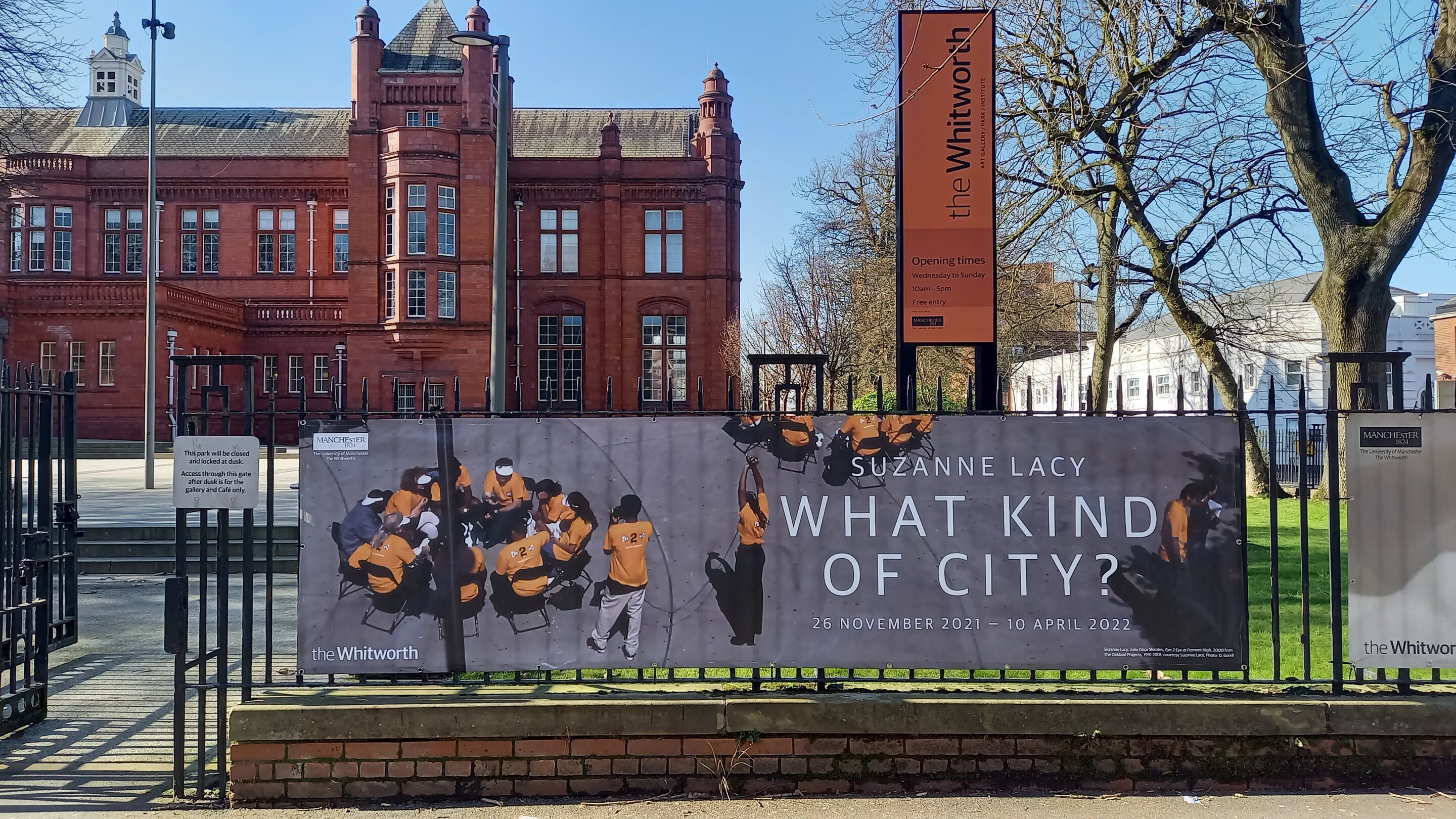 In Birmingham, I spent a day at the School of Architecture and Design. Invited by architect, senior lecturer and researcher Michael Dring, I was a guest critic at the MArch studio – The Modern Gazetteer, commenting and reflecting on the students’ ongoing work. In the evening, I gave a lecture about my research and architectural work as part of the ‘Grafting’ lecture series, focusing particularly on my public and collective use projects. The conversation that followed the lecture was an important opportunity to obtain feedback and reflect upon my recent practice. 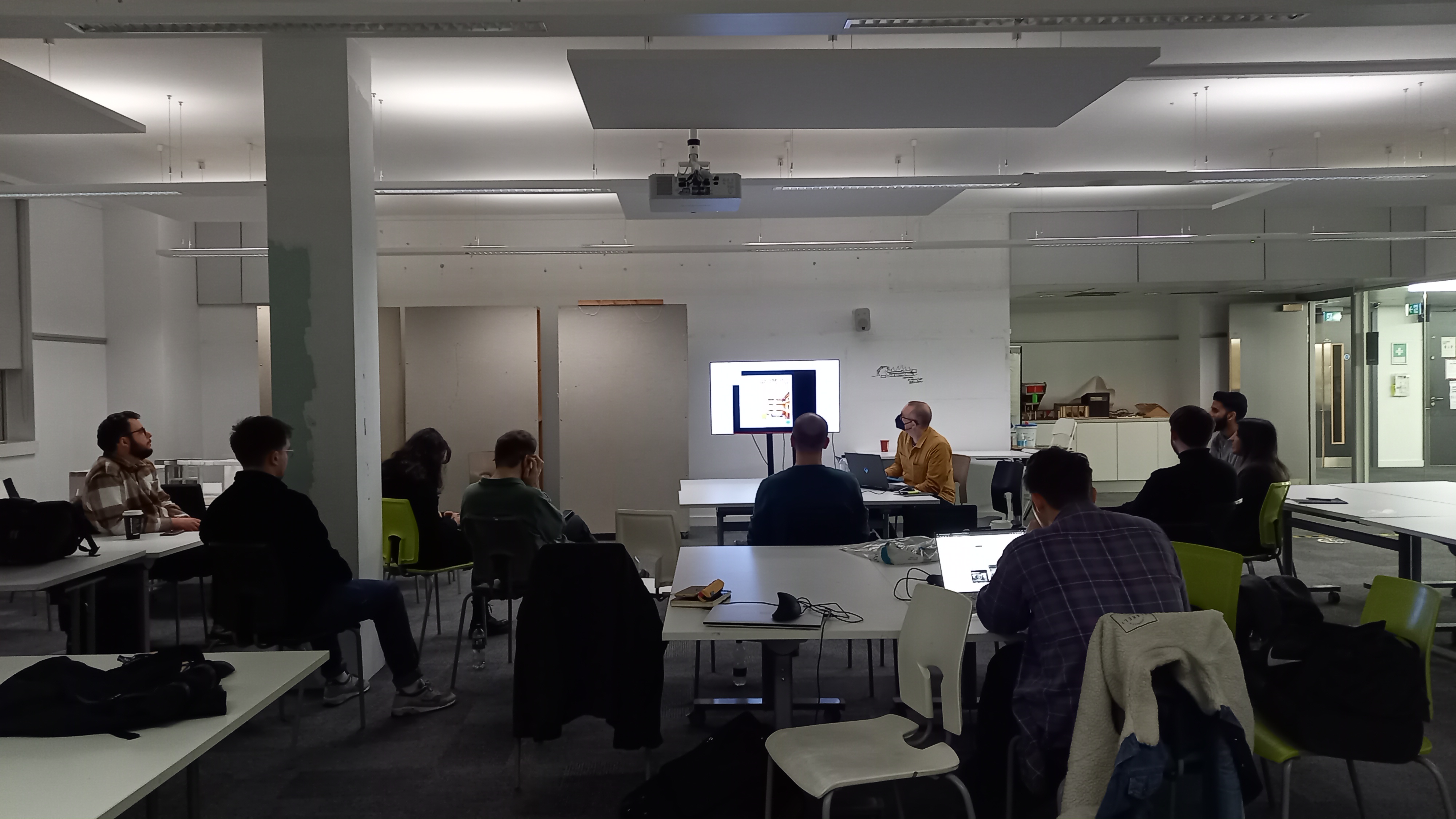 In London, there was plenty to do and absorb. On the day I arrived, 1 March, I attended a lecture by Prof Peter Carl as part of a seminaron Presence, Person, Beauty hosted by Eric Parry Architects. Carl was my co-supervisor and PhD director at the School of Architecture, London Metropolitan University. It was a pleasure to listen to his philosophical discussion of ‘beauty’ in architecture. Due to academic staff strikes that week, I was unable to complete my planned schedule. Nevertheless, I visited several bookshops (Architectural Association, RIBA – Royal Institute of British Architects), galleries (Kiluanji Kia Henda’s exhibition ‘A Healing Path for Phantom Pain’ at Goodman Gallery) and museums (Victoria & Albert Museum, Science Museum, Tate Modern). I also had the chance to meet two of the contributors for a publication I have been working on, titled ‘Critical Neighbourhoods - The Architecture of Contested Communities’ – Dr Ines Weizman and Dr Matthew Barac. Together, we agreed on the next steps in our project and discussed further future collaborations. 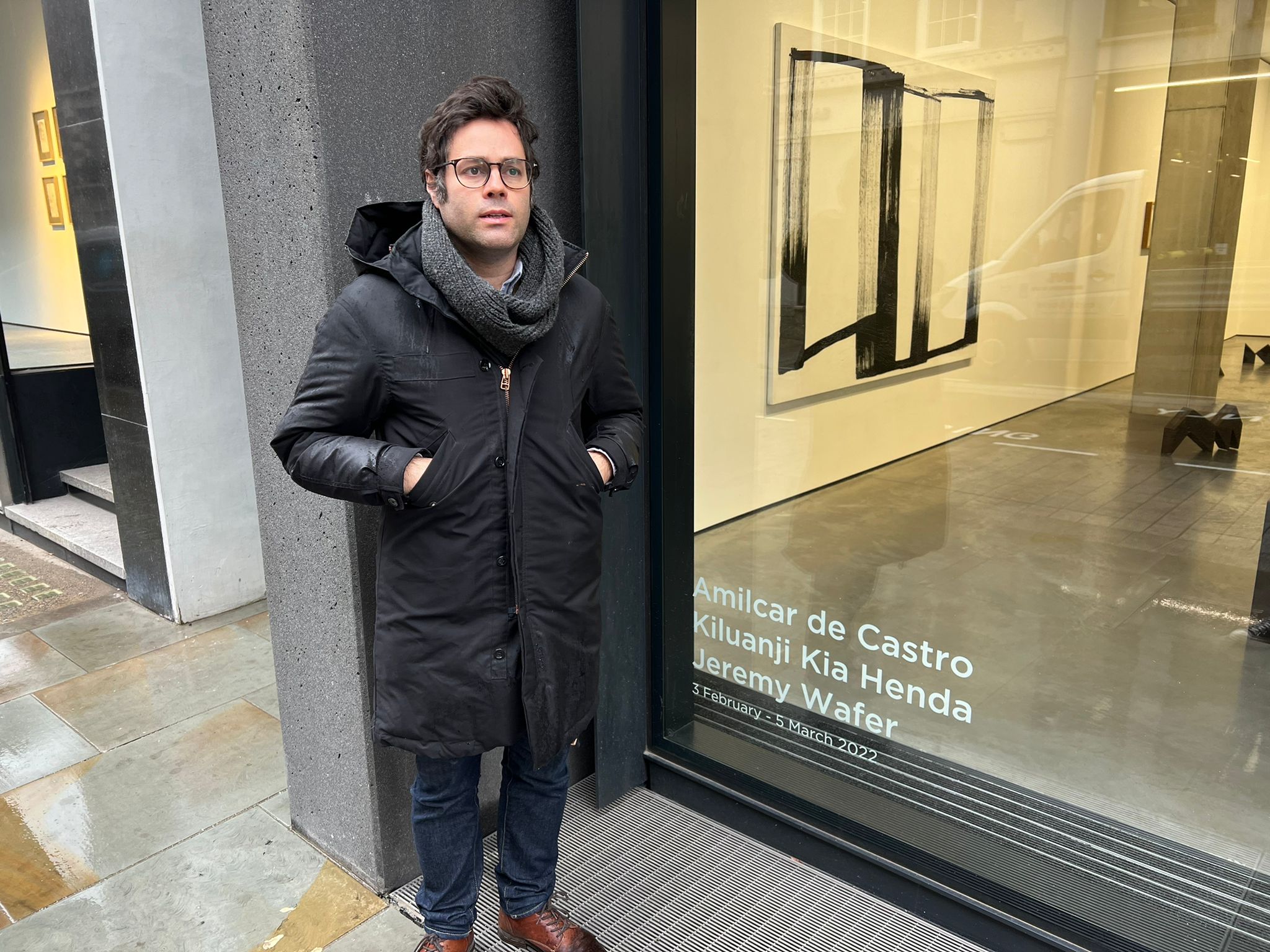 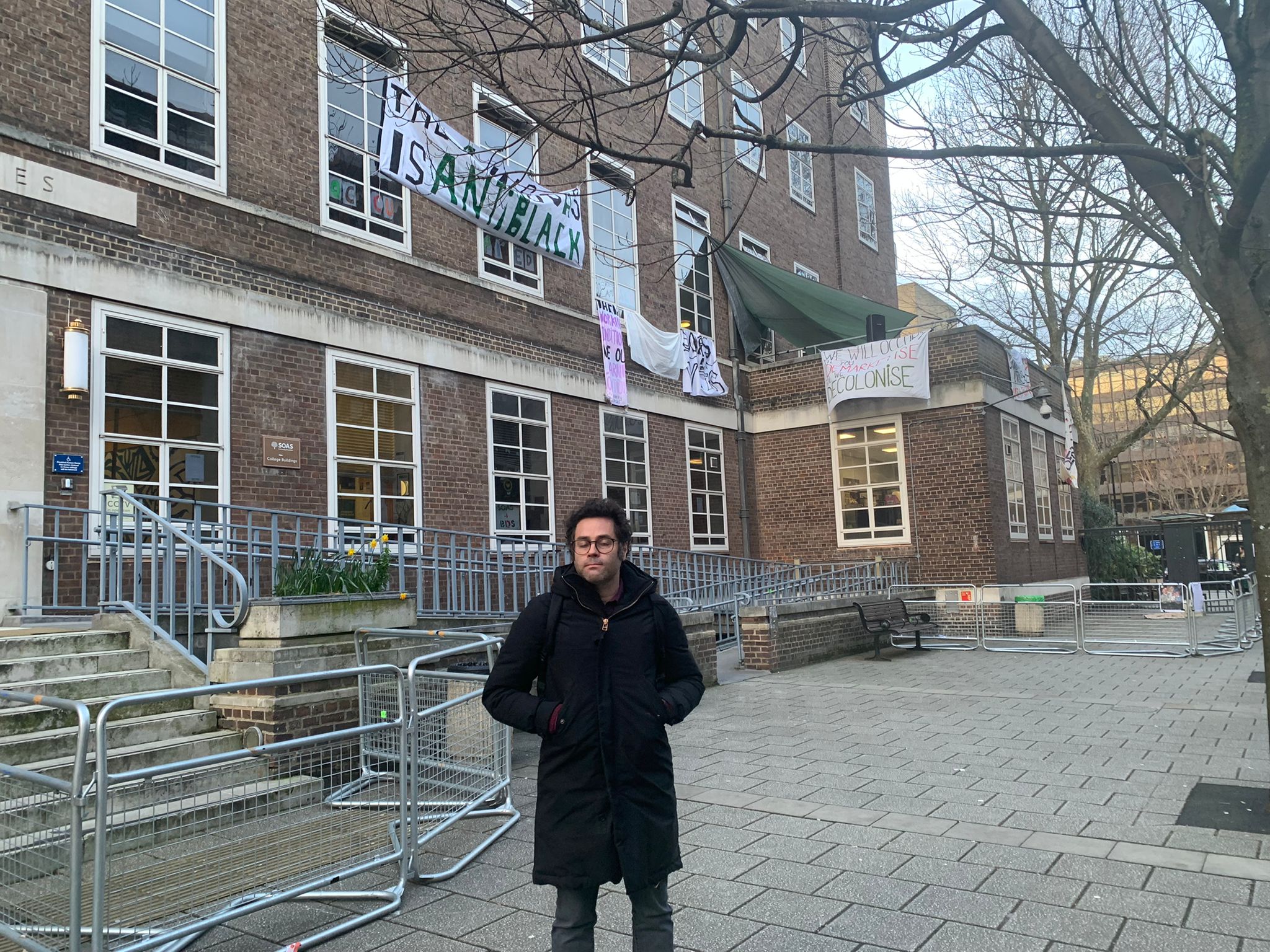 My trip to the UK allowed me to improve both my own ongoing practice and research and the work undertaken at INSTITUTO. As part of VAHA’s Porto Hub, we are working on a project called ThisPlace in collaboration with the Diyarbakır II (Turkey) and Chernihiv (Ukraine) hubs. Given the current circumstances, the project is now facing major challenges. Amid these turbulent times, my trip to the UK reinforced my belief in the power of academic and artistic work as a response to contemporary challenges.

Statement on the Sentence of Osman Kavala